Tyler is a front end-focused software developer at Vericant. His journey to this position began at Middlebury College, where he studied Chinese language and literature. He has spent most of the last ten plus years in Beijing working alternately in video game translation, tech PR and marketing, and most recently, software development. Startups for which […] Doris is a software developer at Vericant responsible for backend maintenance, bug fixing and platform feature implementation at Vericant. She joined Vericant in October 2017. After 13 years living and working in Beijing, she moved to Hebei, and is now happily living in Hebei. She has a son who is 8 years old – accompanying […] 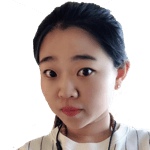 Sukey joined Vericant in March of 2019. She is originally from the seaside city of Dalian, in China’s Liaoning Province. Sukey has been an administrative assistant at Vericant for more than 3 years. She enjoys communicating with colleagues and helping them solve different problems. She cares a great deal about cats, with four of her […] 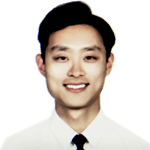 Steven is a Los Angeles, USA native, and is the Assessment Manager at Vericant. He leads the team of raters who score the Vericant Interview SEE and generate the SEED reports. Steven earned his B.A in Integrative Biology at UC Berkeley and currently serves as a Licensed Acupuncturist in the greater LA area. His life […] 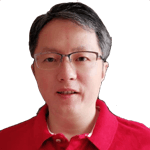 Steve majored in software engineering and started his career in telecommunications. Through his 20+ years of experience in multinational companies, Chinese listed companies and startups, he has accumulated extensive experience in software product development and project management. Steve is always curious about new technologies, and he is obsessed with developing new tools to solve problems. […] 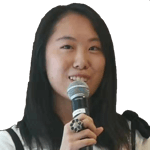 Born and raised in the suburbs of  Chicago, USA in a family that emphasized cross-cultural connections, Fefe decided to pursue her higher education in China. She has a degree in Teaching Chinese as a Foreign Language and a Master’s degree in International Relations, and has published written works in both academic and creative spheres. When […] 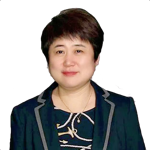 Bai Qing was a logistics coordinator, buyer, and sourcing manager with Nokia for 16 years. She has a rich experience in supplier assessment and management,sourcing project management and team leadership. She worked as a part time proctor and customer service assistant at Vericant for 1 year before she joined Vericant as a full time employee. […] 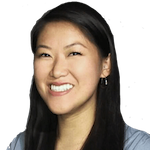 Jessica is the Operations Manager at Vericant. Born to Chinese parents in Chicago and later growing up in Toronto, she is interested in understanding and bridging the gap between eastern and western cultures. She studied Business Management, English Literature, and Chinese Language at Western University where she had the opportunity to go to Beijing for […] 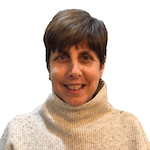 Robin has worked for over 25 years for both American and Chinese education management companies as well as Goldman Sachs, JP Morgan and Edison Learning.  Robin grew up in New York and first lived in China in 1983 as an exchange student at Nanjing University, returning to teach there in 1991, and then settled in Shanghai in 2004. Robin received a […] 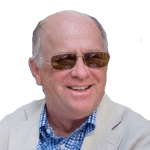 Vericant’s Purpose is to Measure What Matters.

© 2022 Vericant. Vericant is owned by ETS, creator of the TOEFL® and GRE® tests